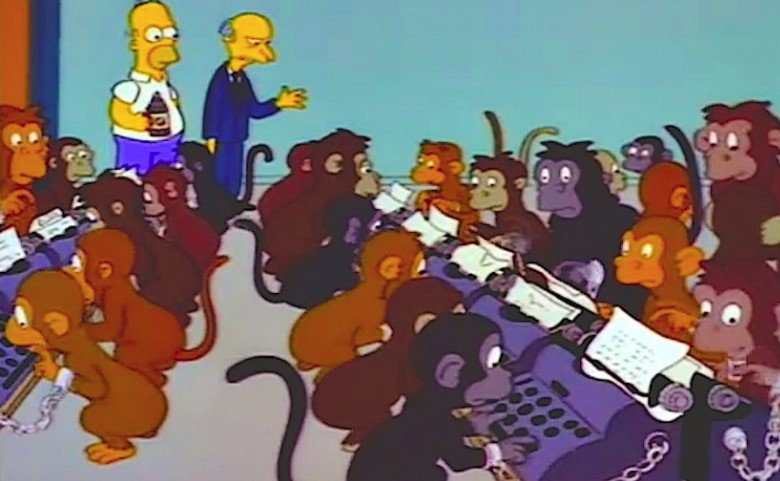 “Poems are not riddles,” a poetry professor once said to me. Her task was to produce five graduate students a year capable of writing a palatable thirty to sixty pages of poetry—no small project, more easily accomplished by edicts than koans. Other of her directives included the omission of any words pertaining to food or bodily functions, as well as a visual pleasantness on the page—all to say, a well-advised neatness. Writing with these rules had improved my poetry, but I was less willing to accept “poems are not riddles” on its face.

Sustaining a sense of the indefinite in writing is the first quest of a poet. If mastered, this skill is generally enough to buoy the poet through decades of schooling (i.e., enough to pass through the turnstiles of the university library). The problem comes when a reader (if there is a reader) seeks in the poet’s work a clarity of thought, in fact depends upon the poet’s clarity of thought (clarity not being quite the same as reason or sense, of course) to power the lyric engine. Those who can think and express themselves clearly and those who have chosen to write poetry only occasionally overlap. One could argue that those with a clear understanding of the world around them typically have no need to write poetry, as they have found more straightforward ways of “marrying their lives to their lives,” in the words of Wendy Battin.

Like a riddle, a poem must tip its hat to clarity of thought, or it is glossolalia. The reader/listener must be able to trust the structure, even if it is thin as a tightrope. The fact that a poem must be produced intentionally—that a poem cannot be generated by a human writing automatically, or a computer, or a band of monkeys on typewriters—is highly debatable, but even the surrealists credited the dream to the dreamer. To say that a poem must be produced intentionally, and must at least nod to this fact, whether through form, affect, syntax, or some other logic, is not to exclude the presence of the muse or spirit in a poem, something “else” with uncanny powers—but to say that that other “thing” (whatever it is) must be invited in by someone. Equally important, that door must remain open. Unlike a riddle, a poem cannot shut at its apparent conclusion—it must continue to scintillate after the epiphanic moment of the punchline.

These facts might go without saying. In fact, one could argue that they are inherently understood. For example:

He destroyed his cage
Yes
YES
The tiger is out

Infinitely viral, six-year-old Nael’s poem is riddling—the title the solution—but not a riddle, the tiger’s cage thrown open. Nael is capable of the poetic blotting out of time (compression into pure present), and even anaphora (stylized repetition). This little poem is triumphant, and so succinctly accomplished that it gives even the cynical hope for poetry.

The theme of Nael’s poem is liberation, not coincidentally a theme often depicted in children’s media (and increasingly in popular media aimed at adults, as the two continue to consume each other). Liberation—often in the form of independence from societal expectation—is a moral right, to be won or even violently seized, in countless children’s books and movies. Why shouldn’t a rat be free to pursue a career as a chef?

Like liberation, liminality is a common subject of contemporary poetry (by which I mean the poetry of adults, but I wouldn’t be surprised if the idea had long since percolated down to the pre-collegiate level). The experience of crossing a threshold serves as an allegory for life’s ever-more-frequent transitory moments. Much like “disassociation,” which once meant utter ego death and depersonalization and now means something more like “spacing out,” “the liminal” has come to indicate any space or time in which a person does not feel settled. The quiet desolation of stairwells, motels, abandoned buildings, empty living rooms—really any David Lynch set—stands in for endemic unease and loneliness.

An example in of the liminal in contemporary poetry is “The End of the World” by Clarence Major, published by The New Yorker at the end of 2021:

I look out the window
at a silent dark night—a night of blue
and rust with specks of yellow.
Neighborly windows mostly dark.
Entryway across the street, bright.
The front door locked.
Always locked at eleven.
Below my window, under street lights,
brightly lighted from inside,
a three-car commuter train
quietly slides by, as if on water—
I turn back to the TV.
I’m watching a movie
about the end of the world—
always about to happen.

Illuminated in the fifth line of the poem: the threshold. The windows (at least three separate kinds of windows (the speaker’s, the neighbors’, and the train’s), plus the constant American window of the television) allow a view—but a view of nothing (darkened homes, no commuters to speak of). The speaker, looking at the television, looking out the windows, and looking inward, sees the moment before death frighteningly extended.

In comparison, take Prufrock, the canonical poem of liminality and indecision. Compare with Major’s windows with Eliot’s yellow-fogged panes, shirt-sleeved men leaning out of them (but do not confuse openness and friendliness). Prufrock’s restless traversing of liminal space, and the ensuing ennui, is felt as intensely as in Major’s poem—perhaps more so, the patient anesthetized. Still the chatty women come and go, casually ignoring the narrator. The contemporary poet has roommates or family, but their voices are kept out of poems like visitors after curfew, while Eliot’s speaker moves between worlds that are busy and conversational.

In “The End of the World” Major intends to portray a liminal scene, and by extension a liminal moment in history, but ends up describing a situation that is one thing only, and that is: confined—or, a better word: frozen. The space inhabited by the speaker of Major’s poem may have a liminal atmosphere (i.e., quiet eeriness), but there is no other place to pass into. There is only one room, and it contains the whole universe. Never mind liminality—what is freedom without the possibility of movement? What becomes of poetry locked away?